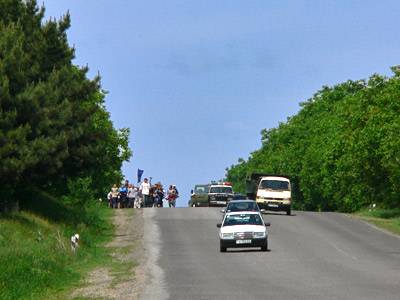 An island of senseless geography, unspoilt by modern development and still retaining its authentic smells – Faeland.

Once experienced, you will lose yourself here forever (maps don’t work here). Exploring Faeland is a constant practice. For walkers and hikers the country is steep joy, while mosquito enthusiasts and trainspotters will be simply enthralled and amateur archaeologists won’t decide which of the numerous ancient findings is real.

With the towering Rhomine Mountains forming the border between “us and them” across many ethnic groups, Faeland has long been an important combat zone. In this mystical land you will be captivated by a thrilling blend of island enigma and oceanic bluster. The traditions of the world converge in Faeland to form a culture really unlike any other in the world.

The following legend adequately describes Faeland’s great natural cleverness: When the gods apportioned the Earth to all the peoples of the world, the Faels arrived late. The Lord asked them why they were tardy. The Faels replied that they had stopped on the way to drink and raise their glasses in praise of all the gods. They were so pleased with their response that they gave the Faelanders the part of the Earth they had been reserving for paradise. It’s true, the Faelish will say anything. Watch out, jk!