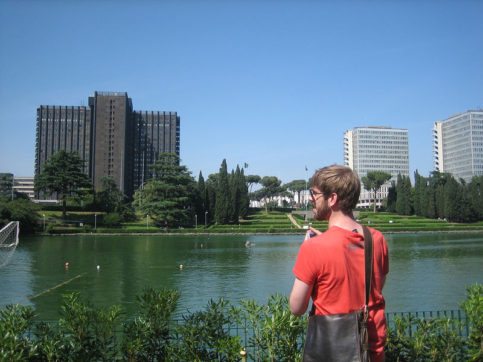 Sânts-Nemhora is a city-state of Faeland. Capital of the Republica Falcatta with 600,000 residents, it is also the country’s largest and most populated area.

Her name means “holy grove” and relates to a legend which is even older than the Roman occupation of the city in the 1st century CE. The legend says that Ventrul (a god) impregnated Rentia (a slave girl) and married her off to the shepherd Phostol. She had twelve sons who grew up as shepherds. They came into conflict with the poachers of the hills, leading to battles in which Photus was captured and taken to their king, under the accusation of being a thief. Photus was able to escape by “becoming a wolf” (widely perceived to mean that he left disguised as a poacher). He returned home, raised a band of warriors with his brothers and fought the poachers into the mountains; the poacher king Nóin was killed and Photus was conjointly offered his crown. He accepted it under the condition that the brothers’ homestead was not a part of the kingdom, and refused to live in the hills among his his subjects. They eventually rebelled, placing the dead Nóin’s uncle Nthnor as king.

But those days are long gone, come visit us now. Even safe for poachers!